Saving the game state is, in a nutshell, pretty easy. You just simply iterate over all objects in the world and convert them to data you can write to a file, like a string.

Unreal converts its objects to a string which is json formatted.

This process of converting a UObject to this json string is called serialization.

The complicated part about saving is optimizing it. For Satisfactory, it makes absolutely no sense to serialize every god damn object there is in the world. Because some of them get automatically spawned on the game boot up or they don’t contain information that actually needs to get saved. F.e. we don’t store every tree in the game to the save file, but what we actually do is, when the player removes a tree by cutting it down, we store the information that the tree is not there any more. Basically, exactly the opposite, we store that there is no information. We also don’t care about the terrain because the user can’t change it, and so, it is always the same so we don’t need to serialize it. Think about how much bigger save files would be if the game had to store 'yes, this is here' for every single tree, bush, rock, etc. Instead, that sort of information is saved in the world map file that Satisfactory uses for every save game. A constructor, on the other hand, is not placed directly on boot up of the game. It’s placed by the player, and can have any number of settings, so we need to store information about it and its settings in the game state.

Also, Actors (such as machines) generally consist of multiple components, some of which we want to store in the save, some of which we don’t. We’d want to save a UFGInventoryComponent, for example, but we don’t care about a StaticMesh because it always gets created in runtime and is the same between all machines of that type. 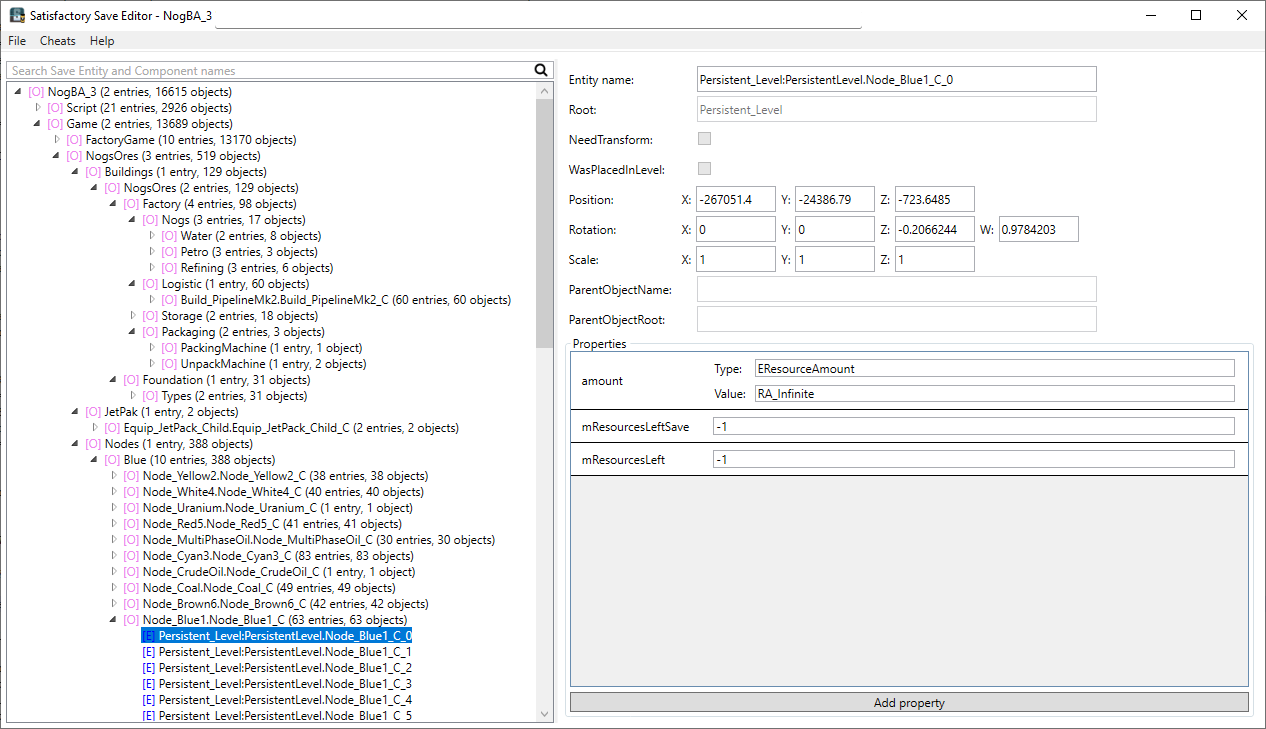 When a save game gets loaded, it goes through multiple steps until the player is allowed to play on the map again. In the first step the UMap gets loaded and unserialized to the UWorld (this unserialization happens because the map is also just a serialized world, that means this doesn’t load the save game, just the by CSS predefined map)

After that the save game gets loaded. The second step now spawns all additional actors into the world. So their constructors get executed and those create now subobjects like actor components, attributes, etc.

The third step is to load the saved variable values. It sets the values of the newly spawned actors, their subjects, and the some of the existing actors in the world.

Now as the forth and last step all the begin play functions get called and the components and actors start to tick.

The save game is now loaded and ready to play.

During this process some functions of the IFGSaveInterface might get called to additionally inform the actors of the different load states and for custom serialization.